Why Do We Assume Pandemics Result in Devastation? 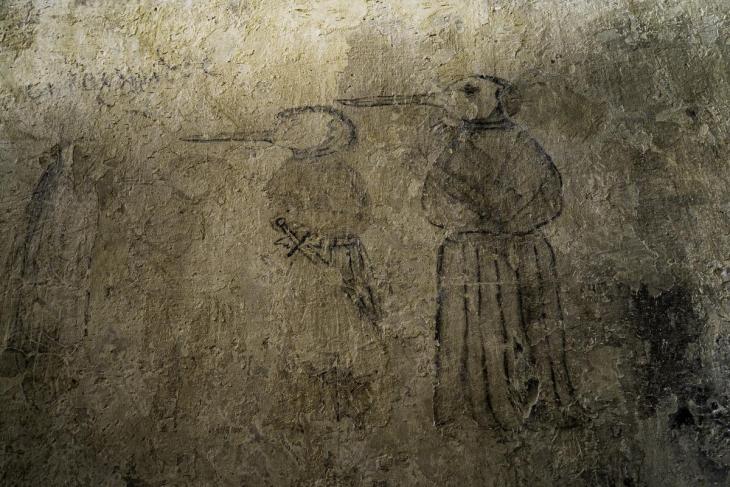 Why Do We Assume Pandemics Result in Devastation?

Researchers found that early doctors and scholars who studied ancient plagues have shaped our fears and expectations of pandemics today.

ANNAPOLIS, Md – Researchers at the University of Maryland’s National-Socio Environmental Synthesis Center (SESYNC) and the Hebrew University of Jerusalem discovered that late 19th century misconceptions about outbreaks of plague in the ancient world led to an ingrained belief that pandemics inherently cause widespread death and change the course of history.

Their work reveals that at the turn-of-the-20th century, doctors and scientists misrepresented localized outbreaks of plague that occurred across Europe and Asia more than a thousand years earlier, and over time, scholars transformed the exaggerations into a massive historical event known as the Justinianic Plague that ended the ancient world.

Previous research by the same team found little ancient evidence for the drastic effects of the Justinianic Plague, described as a 200-year-long pandemic that killed tens of millions of people and changed the course of history beginning in the 6th century. The new study suggests that the lingering fiction of an ancient plague as a transformative event distorts our expectations about pandemics today. The research appears in the December issue of the American Historical Review.

“Our article demonstrates that we have internalized a standard ‘plague as pandemic’ story,” said Merle Eisenberg, lead author of the study and a postdoctoral fellow at SESYNC. ”The very word plague, which actually refers to a specific bacterial disease, has come to mean any disease or destructive force that spreads rapidly and causes widespread damage. It evokes an image of drastic outcomes and leads us to make assumptions about the effects of other pandemics in the past or even today during COVID.”

Eisenberg and the study’s co-author,  Lee Mordechai who is a senior lecturer at the Hebrew University of Jerusalem, conducted an exhaustive review of historical and contemporary literature on the topic of the Justinianic Plague. Their aim was to understand how and when the idea of a devastating global pandemic came into being. In the 1890s, as plague infections were increasing globally, scientists identified a single organism, Yersinia pestis, as the responsible bacterium. According to the study, this contributed to the framing of plague as an agent of global pandemic. Around the same time, doctors and scientists began overstating the effects of historical plague outbreaks to warn the public and to garner support for their efforts combatting the bacterium and the rodents they believed carried it. The diminishing of outbreaks from the 1920s onward was later used as evidence that modern medicine had staved off the disastrous outcomes of the past.

Over the 150 years since then, historians reinforced these exaggerations and gradually transformed a series of local and sometimes ambiguous outbreaks during late antiquity into a historical pandemic with overblown effects on political, social, economic and cultural life. The Justinianic Plague has even been described as a contributing factor in the fall of the Roman Empire, despite a lack of evidence for widespread plague-related death.

“The perceived effects of plague have driven all the research questions on historical plague that are asked. They have also led us to assume the same effects associated with plague, and pandemics more broadly, today,” said Mordechai. “This helps explain why we are so concerned with plague outbreaks today, other infectious diseases outbreaks and also why we treated the COVID-19 pandemic as a potential plague. We have simply assumed what should happen during and after a pandemic, but we tend to overlook the evidence of what was occurring.”

The authors caution that future responses to disease outbreaks must be guided by evidence and the particular circumstances at the time of the outbreak.

“We have to guide our reactions to pandemics today, such as COVID-19,” Eisenberg said, “based on the evidence we have collected and not simply assume outcomes from the past that themselves might not even be accurate.”

The paper, “The Justinianic Plague and Global Pandemics: The Making of the Plague Concept,” Merle Eisenberg and Lee Mordechai, appears in the December 2020, issue of the American Historical Review. https://academic.oup.com/ahr/advance-article-abstract/doi/10.1093/ahr/rhaa510/6040961?redirectedFrom=fulltext

The study is based upon work funded by the National Science Foundation (Award no: DBI-1639145) and Princeton University’s Climate Change and History Research Initiative.

The Justinianic Plague and global pandemics: The making of the plague concept

Justinianic Plague Not a Landmark Pandemic?

The Justinianic Plague: An inconsequential pandemic?

The Making of a Pandemic