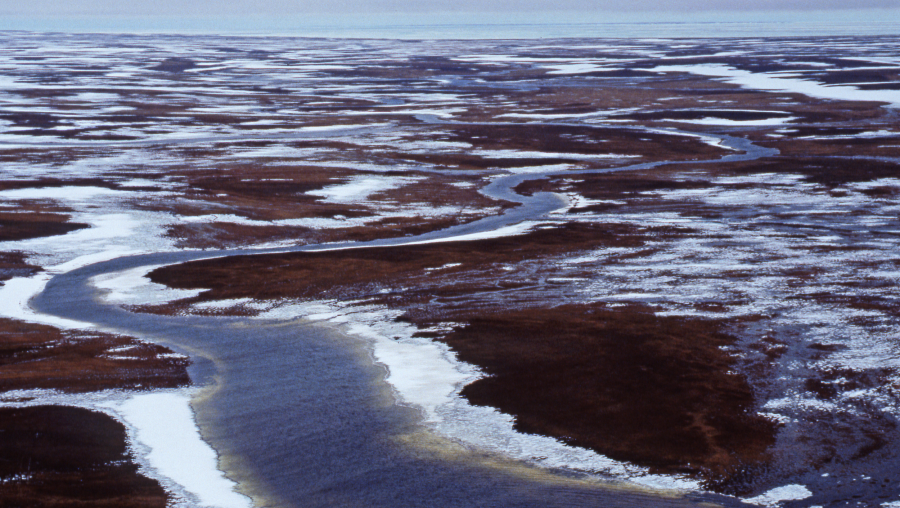 Like economic systems, traffic patterns, and immune systems, socio-environmental systems are examples of complex adaptive systems (CAS)—namely, changes in one part of the system cause disproportionate and unpredictable changes in other parts, which in turn influence additional parts of the system.1 Furthermore, each part that has changed can cause alterations back in the part that caused the initial change. Known as feedback loops, these circular chains of interactions can either magnify (increase) or suppress the initial change.

Positive feedback loops reinforce (enhance) an effect. A well-known positive feedback loop of current interest is the effect of the warming climate on melting Arctic ice. When the ice melts, it exposes soil, which results in the absorption of heat—causing even more melting and warmer temperatures. Although the word positive is used to describe this feedback loop, it should not be construed to imply that it causes something “good.” Indeed, positive feedback loops often result in detrimental social changes as illustrated with the example in Figure 1 (left panel) for a rural community subjected to a policy change.

Negative feedback loops are balancing—they are circles of cause and effect that counter a change with a change in the opposite direction. A thermostat is a textbook negative feedback system, where a change in temperature prompts heating or cooling to bring it back to the set point. For our rural community, if the government realized that their change in policy was resulting in severe poverty, they could enact a new policy providing education subsidies for farmers with insufficient income (Figure 1, right panel). With additional education, farmers could enhance their skills and enjoy new employment opportunities, potentially counteracting the troublesome effects of higher poverty due to less land for farming. This is a good example of socio-environmental resilience.

System-Level Changes Are Difficult to Predict and Can Be Dramatic

The complex interactions that characterize socio-environmental systems make it difficult to predict how they will evolve (or adapt) in response to internal and external circumstances. For example, after some environmental or economic disaster, will unemployment persist for a long time, homes remain un-repaired, and invasive species become dominant on the landscape? Or will there be corrective measures to ensure that there are actually improvements in human well-being and ecosystem health?

This unpredictability is exacerbated by the fact that the interactions and feedbacks are typically nonlinear, meaning the changes imparted are not directly proportional to the magnitude of the causal ‘force.’ As a result, small changes in one part of the system can cause a large change in another part. If unemployment increased by 10% or deforestation increased by 10%, the impact on homeowners or bird diversity respectively may be far greater.

Obviously, major events like hurricanes and war can cause dramatic and long-lasting impacts on people and the natural resources upon which they depend; however, small changes can also lead to large impacts. This kind of transformation occurs when a system is near a tipping point, in which it is very sensitive to even small changes. When socio-environmental systems cross tipping points, the system sometimes undergoes what is called a regime shift—a transition to a state that is very different from its prior one that is persistent and difficult to reverse.2

A classic ecological example of a regime shift is when a lake changes from relatively clear to cloudy with high phytoplankton abundance. This change can happen if small increases in phosphorus inputs eventually exceed some concentration threshold.3 Socio-ecological examples include: 1) eutrophication-related fishery collapses that bring persistent economic changes to a community; and 2) policies to reduce community poverty in some developing regions that have resulted in an increase in livestock production and consequent land degradation that reduces biodiversity and conservation efforts. In many cases, it is the interaction between social and environmental processes that lead to regime shifts4 e.g., when cooperation intended to prevent overharvesting of a common pool resource breaks down.5

What Is a Socio-Environmental System?