Temporarily closing plants and slowing production lines to allow more social distancing are appropriate responses to COVID-19 outbreaks among plant workers. Worker welfare and safety must be a top priority. However, with reductions in production capacity, hogs and chickens that cannot be slaughtered at an appropriate weight are being euthanized. (Because there is more leeway in cattle slaughter weights, beef cattle are unlikely to be euthanized.) Not only is the prospect of destroying hogs and chickens devastating to farmers, but it also has substantial effects beyond producers and processors. Breakdowns in the food supply chain have far-reaching consequences on the environment and food security.Reports about meat and poultry plants shutting down because of COVID-19 illnesses among plant workers began in early April, soon after the World Health Organization declared a pandemic on March 11, 2020. Explanations for why a large number of plant workers have become ill include the incentives for workers to come to work despite illness and the limited ability of plant workers to socially distance in the plant. Estimates of the loss of production capacity because of plant closures have ranged up to 25 percent for beef slaughter plants, 43 percent for pork slaughter plants, and 15 percent for chicken slaughter plants. 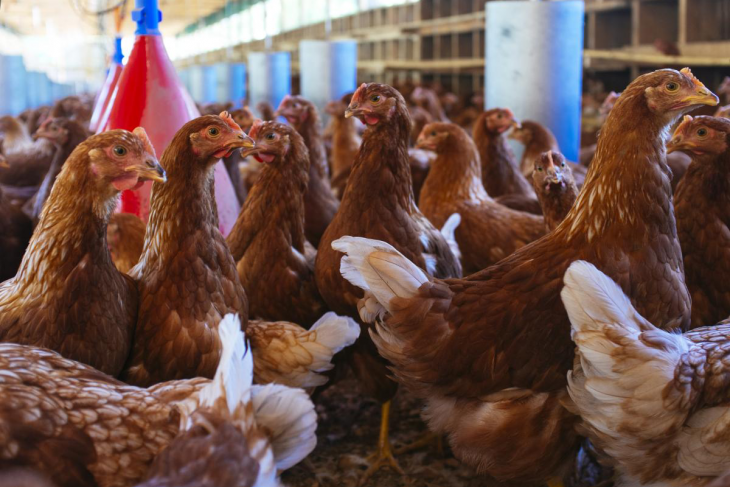 Environmental impacts arise from the loss of the embodied resources in livestock and poultry such as land, water, feed, and energy used in their production. They also arise from the greenhouse gas (GHG) emissions that occurred during the production process for output that was not ultimately consumed. In addition, the incineration of livestock and poultry generates additional GHG emissions.

In our research, we have documented the environmental impacts associated with producing and consuming food that is not ultimately used for human consumption. In a sense, euthanizing hogs and chickens is a form of food loss and waste that occurs at an early stage of the production process. Using data compiled by the University of Michigan’s Center for Sustainable Systems, we calculated that production of a market hog results in 706 kilograms of GHG emissions, and production of a broiler chicken results in 12 kilograms. Hogs and chickens euthanized due to plant closures and production delays means GHG are released into the atmosphere without generating any output. Adding the GHG associated with the incineration process results in even more emissions. Other environmental impacts result from land, fertilizer, water, and energy that are also wasted.

The largest effects are being felt in the pork industry where more than 10 million hogs are being eliminated from the supply chain between April and September 2020. This equates to a reduction of more than 2 billion pounds of pork in the marketplace, or more than 7 percent compared with total 2019 production. Aside from the inconvenience of temporary shortages at retail stores and restaurants, the reduction in meat and poultry supply leads to higher prices for consumers. Higher prices reduce the ability of some families to purchase meat and poultry products and may contribute to food insecurity.

The Centers for Disease Control and Prevention and several state and local health departments have recommended changes in facility practices in response to COVID-19 among workers in meat and poultry plants. For example, CDC recommends installing physical barriers between workers, requiring universal face coverings, reducing rates of animal processing, disseminating culturally appropriate messaging to employees, and providing additional medical leave to employees. Implementing and adhering to these changes will aid in reducing the frequency of plant closures and their effects on the food supply chain that affect the environment and food security.

This blog originally appeared on the RTI International site.